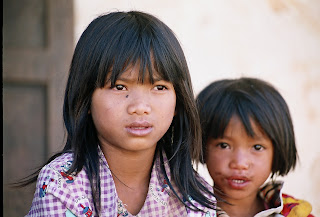 They were angry with me as they believed I had removed the possibility of their daughters earning a good salary and supporting them. I was surprised and sad when I was told this when I returned to the village a few weeks later. I had saved their daughters lives and yet they couldn’t see that at all and consequently were angry with me due to no imagined forthcoming wealth.
When I was there the prior time I had found out that some of the young teenage girls from the village were planning on going off together to excellent well paid jobs in Ho Chi Minh City. I knew immediately that the tricksters had been to the village. Well-dressed women adorned with gold jewelry went to ethnic villages and promised work to the young women who were unemployed and a financial burden to their families. The wealth the women displayed of course gave weight to their request.
The girls were due to leave the following day, so there was excitement in the village when I arrived. My friend was thrilled to tell me of the good fortune of these families. When I strongly made my stance and insisted my friend went and visited each of the families to let them know about the tricksters and what their goals could be, and to beg them not to let their daughters go to HCM City, she felt bad as she knew no one would want to hear this bad news.
She was successful in persuading them, but they now all felt anger, which was aimed at me. Although upset that they couldn’t see that their daughters were more precious and important than the money, I felt relieved that my friend had been successful in persuading the families to not send their daughters away to an unknown and potential frighteningly and degrading future that could end in death.
Posted by Linda at 8:05 PM 2 comments:

Covid-19 and the effect on Human Trafficking

It’s World Day Against Trafficking in Persons. As is the way, I sometimes do posts related to these important international days that have some connection to the work that CEF does. But what can I write about related to Human Trafficking as it all has been said, about how serious it is, how there are many organizations working hard to combat it and now also some governments around the world are fully behind prevention, rescuing and carrying out appropriate punishments. But I can write a little about Covid-19 and how it is affecting Human Trafficking.

Covid is already and further will change the world dramatically. It has been a huge blow to progress in reducing trafficking and poverty according to Matt Friedman of the Mekong Club, who talked at the Asia Region Anti-Trafficking Conference recently.  He said that we have lost ground in reducing modern slavery and that the 15 year advancement we had made, has gone! There are now 42 million people in slavery and 62% of them are in Asia!

Blue Dragon Children’s Foundation, a Hanoi based NGO concentrates on prevention and rescues. According to them due to Covid-19 some trafficking rescues in Vietnam were delayed over the last six months, some were still possible thankfully, but the victims had to go into quarantine for two weeks. Not ideal at all considering the victims already are traumatized and need emotional and psychological help.

Matt shared a sad fact that families who are really poor are surrendering their children, including very young girls, more than ever before and are selling them off to brothels and traffickers, as they can’t afford to feed them. A positive is that some brothels are sending girls home as they don’t have enough customers and have growing debt.

Matt said that all communities will be affected, prices of most things will go up along with spending going down. There is a lot of uncertainly for factories, factory owners and employees.  Manufacturing is no longer a smooth process as some parts aren’t being made and delivery of parts are delayed. Orders are slow in coming in, some have none and orders are often cancelled even when the manufacturing is in process. Some factories found the only way to survive and for people not to get ill was to ask the staff to live at the factory , but they had to make a rule that if they left they could not return and often demanded that they carry out unpaid overtime. It’s another new form of slavery.

Many factories are shutting down or have, most have a reduced work force, with some on reduced salaries and others not paid.  As people are desperate for work, they consider working in worse conditions now. Many won’t have enough to keep a roof over their heads and feed their family. With 60-70% of the world’s factory workers being in Asia, this is a serious situation.  Very sadly it is forecast that half a billion are slipping into poverty, 2.5 million people will suffer from starvation with around a million will die from Covid.  This Covid-19 period in our history is a sad time for all on this planet as it is bringing about more poverty and consequently an increase in trafficking. 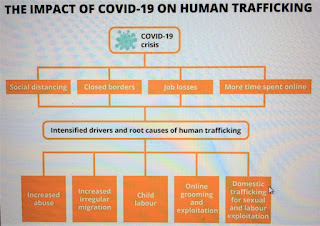 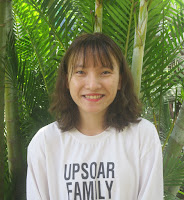 ‘Since the end of June, my study schedule is less busy than before because I completed my lessons in some subjects. Others will be finished in the third week of this month, but my term 2 examinations will be in the middle of July. At the end of last month, my friend introduced to me a good part-time job in a keychain workshop. I said that it is a good part-time job because I feel happy to work there and it is flexible work. I can come in my free time. And of course, my income is depending on how many key-chains I can make. My job is to make  key-chains. There, I have a chance to learn how to design key-chains and how to use the laser cutting machine. It is not a hard job and the staff can eat free ice-cream and drink free coffee  in the break-time. 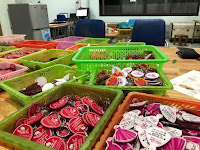 Covid-19 has affected not only my term two studies but also my coming internship. Normally, students can do it in the summer holiday of the third year, but now it will be delayed to term 2 of the final year. My university board also encourages students to go back to their hometown to do their internship. So, I plan to do the internship at the District Court or at the People’s Procuracy of the district. Next year, I have to choose a specific aspect of law to learn. After asking my older sisters and students who are older, I decided to choose ‘administrative law’.