A big concern ~ the effect of Covid - 19 on education

Education is a right every person should have no matter what gender, age, nationality, race, ethnic origin, skin color and financial situation. Unfortunately that is not the reality still in these so called modern times.

On International Education Day 2021 it is a big concern that further complications now exist for those who want an education but now can't receive one due to Covid-19 with it's resulting lockdowns with schools shutting down. Some schools have been shut for nearly a year despite overwhelming evidence of the impact on children. At the peak 90% of the worlds' students were affected with a third with no access to remote education. It's a serious situation.

An estimate of 24 million more children could to be out of school this year! This is depressing as so many countries and organizationns have fought to keep children in school and get children into school.

Already education standards have dropped, including children's ability to do basic mathematics, reading and writing. Not just their education is suffering, but their wellbeing is also at risk with the poorest and most vulnerable at greatest risk. School gives emotional stability with the care and attention given, mental stimulation, the social interation, physical activities and in many cases also food that they don't get if they are at home. If at home all the time some are more vulnerable to physical, mental and sexual abuse. In some countries they are greatly at risk of being forced into a child marriage or into child labor as they are often an unwanted burden on the family.

Hopefully many countries will be able to do what Vietnam has been doing since schools opened and that is providing classes to fill in the gaps they were missing from being out of school or if they were unable to do online lessons. It has meant many weekends in school, but they do have the chance to catch up at least, although it has been tiring for the school and university students.

It is thought that if children are faced with another year of school closure the effect may even be felt for generations! Closures should be a last resort as some research has shown that schools are not a place of concern when looking at the spread of the virus. Essential procedures at schools should be put in place so children do not suffer, remain safe, nourished and educated!

Wishing everyone a fullfilling and healthy 2021 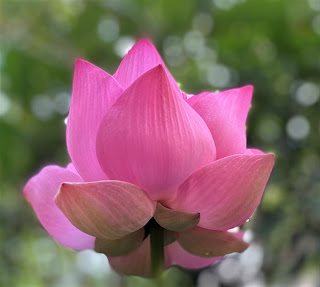 2020 has been a challenging year for many worldwide and all we can hope for is that 2021 will not see so many suffering.

Here in Vietnam many suffered due to Covid19, not because they got ill and died, as deaths were very few and only from the second bout, but due to the results of our very strict social distancing rules and the gradual stopping of international flights, reducing tourism to just some local domestic tourism. It has meant large scale unemployment with many reinventing themselves, to find a way to bring in an income to support their families. The employment situation now is a little better with some having low incomes and domestic tourism has increased and consequently more restaurants, cafes, homestays and hotels have reopened. Sadly too late for many which shut down permantently and have been on the market for six months or more. 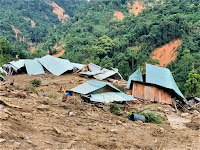 Tropical storms brought flooding and landslides with many in low lying lands and in the mountains losing their homes and all worldly possessions. They now are trying to start life from scratch, which is hardest on the middle aged and elderly.

We at CEF are incredibly grateful for the wonderful support we have received to help bring relief to those suffering. We received funds to give families who needed support during a time of no income due to Covid19 and Covid lockdowns. We received flood and disaster relief funds for those in the mountains and low lying plains to help with damage to their homes or to help give temporary shelter
and later to give towards their new permanent homes.

We are most grateful for all the care we received to help others less fortunate, when things have not been easy for many of you too. Thank you so much. 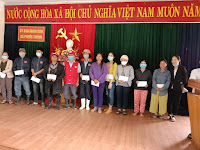 The support of partner organizations, sponsors and donors has been wonderful and without your help very little would have been possible over this year. Girls stayed in school, and we had none drop out even though things were tough for their families. Being sponsored and having Covid support during the toughest months made a world of difference.

Thank you to all who have helped in various ways over this last year which includes my board, advisors and volunteers as well. Together we can make a big difference. Thank you.

We all wish you a healthy, fulfilling and good 2021,